Taiwan, May-November 2013
Third edition of iNEMO Campus Design Contest is centered on the topic “Innovation in New Life”. It encourages contestants to leverage the wide range of sensing technologies that iNEMO offers to create innovative ways of interaction among technology, life, and environment in order to make our life more convenient. Prizes are in excess of NT$255,000 to the best 10 projects.

Singapore, August 2012-May 2013
The 2012 iNEMO Design Contest invites final-year engineering students from the National University of Singapore and the Nanyang Technological University to develop innovative applications based on iNEMO and submit their projects by May 2013. The top prize totals SGD10,000.

Taiwan, May-November 2012
The second edition has seen nearly 200 students and young engineers from 20 universities in Taiwan submitted 82 designs, a 36% increase over the previous year. The winner team, called “On the Verge” from National Formosa University, mounted an accelerometer and a gyroscope on drum sticks and multiple accelerometers on a two-piece mock guitar to simulate drum and guitar playing.
The second place winner used accelerometers and gyroscopes to change the vest of traffic police according to the gesture of the policeman and attract drivers’ attention accordingly.

China, May-November 2012
Built on the success of the 2011 iNEMO Campus Design Contest, the 2012 edition offered prizes in excess of RMB62,000 for a 6-month run attended by nearly 500 students and young engineers from 44 universities in China and submitting 117 designs, up by 200% over the previous year. The winner team from Xidian University in Xian, called Dragon Dance, made use of 10 degrees of freedom of the iNEMO board to develop a snake-shaped robot for underwater environment detection.

Taiwan, July-December 2011
The 2011 iNEMO Campus Design Contest in Taiwan began on July 25 and ran until December 15. The winning team came from the National Yunlin University of Science and Technology and was called “Total Annihilation”. The winning design made use of the iNEMO board to transform a hula hoop into a healthcare sports monitoring system. The Smart Hula Hoop makes use of 9 out of the 10 degrees of freedom: it measures the user’s waistline, detects daily exercise level, records daily sport data and monitors the hula hoop exercise. First prize: NT$60,000. 145 students and young engineers submitted 32 designs.

China, July-November 2011
ST launched in China the iNEMO Campus Design Contest to be run until November 2011 and offered prizes to the 10 most successful design concepts built around the iNEMO smart multi-sensor technology. Projects to be evaluated on their functionality and practicality, implementation, creativity, presentation and final demonstration. After four months, nearly 100 students and young engineers submitted 57 designs. The winning team from Tsinghua University in Beijing designed a quad-tilt rotor able to switch from vertical to horizontal flight, that is from an helicopter-like flight to a fixed-wing mode. First prize: RMB20,000; total of RMB60,000 to the 10 most successful design concepts.

USA and Canada, July 2011
Digi-Key and ST announce the winner of their first iNEMO Design contest. A team of the McGill University in Montreal, Canada has designed a quad-copter utilizing the iNEMO evaluation board and 9 embedded degrees of freedom. Prize: US$5,000 in cash plus all-paid trip to Europe to iNEMO development Labs in Sicily.
A team from Stanford University, California has designed a very competitive quad-copter. Prize: US$2,500 in cash.
The designs were evaluated against the number of degrees of freedom available (up to 10), the quality of hardware and firmware/software, the novelty, use of daughter boards, ease of use and appeal of its user interface. 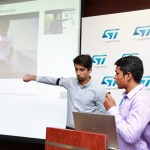 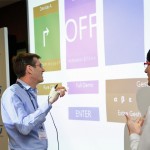 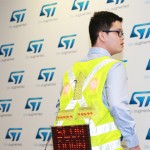 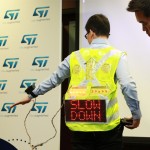 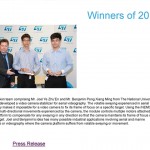 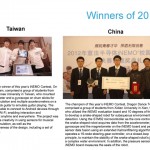